Ducati motorbikes are renowned the world over due to their Italian heritage, remarkable designs as well as extremely powerful V-Twin engines. Powered by a racing passion, Ducati bikes contest in Superbike as well as MotoGP racing competitions across the world. The current Ducati flagship sport bikes are the new Panigale 1299 and the Supersport 899. The popular Ducati Monster range is offered in two versions – the 1200 and the 821 – while the Italian marque’s street bike lineup has been expanded with the provision of the budget friendly Scrambler.

The Ducati Monster category offers exactly what its name suggests – monstrous power, monstrous performance and it’s one of the most stylish bikes you’ll ever see. The classic design of the Ducati Monster motorbike hasn’t really changed over the years, but why fix what it’s not broken? There are numerous loyal followers of the Monster band who would do anything for this bike, and rightly so.

Ducati brings the Supermoto riding experience with the Hypermotard, and still manages to incorporate the design expertise as well as the enthusiasm found in other categories of the Italian bike maker. The Hypermotard comes in two models with incredible horsepower and superior build quality that enable for a stylish and confident ride, whether you’re roving in town or enjoying the serenity of upcountry routes.

Ducati’s Streetfighter motorbike range is the epitome of what we thrive on in the motorcycle arena – excessively speedy, nasty and sexy machines. The Streetfighter is a beautiful bike that goes as fast as a scalded cat and is as sharp as a razor. If you cannot match the bike’s sharpness, then you have no business utilizing its full potential. Luckily, the newest Streetfighter model 848 is largely usable by the average rider and yet a high performance naked bike.

The Ducati Diavel range has been courting cruiser fans for many years without much success. However, that changed in 2016 when Ducati made the breakthrough by remodeling it and producing the XDiavel. It was a highly anticipated motorbike and well-received by the cruiser class. It is the perfect bike for a rider seeking excellent torque and relaxed riding.

If you’re an adventurous person, then you can do yourself a world of good with the Ducati Multistrada. In usual Ducati fashion and style, the Multistrada category is a really fast, pretty and high tech bike. Its classic beak at the front makes it immediately recognizable and it gives you exceptional performance and handling whenever you ride it.

The Scrambler is hugely successful for a reason. It offers a perfect blend of retro style with cutting-edge technology and performance, which makes a beautiful, fun and easy-going machine. This is the perfect motorcycle for the ordinary street rider who can do with neither the bulkiness of a cruiser nor the superior performance that comes with a sport bike. The Ducati Scrambler gives you affordable freedom and self expression like no other bike.

You will hardly find anything that comes with the speed, performance as well as style of the Panigale motorbike range. It is the perfect embodiment of supersport design. Every Ducati Panigale brings unique happiness to everyone who has the gut to ride it. The bike comes with excellent handling and stability, whether you’re riding it on the road or on the track and it leaves nothing to be desired.

Indeed, Ducati is more or less a way of life than a manufacturer. It perfectly blends performance with Italian style. Each bike in the various Ducati categories can be labeled as a machine of pure beauty. At the heart of every model is the stunningly designed and powerful V-Twin engine that features desmodromic valve control mechanism which makes certain that you get a perfect performance in every Ducati ride. Ducati’s legacy in racing is known far and wide, and those who are loyal to the brand, called the Ducatista, understand exactly what gives Ducati an iconic niche in the motorcycle industry.

Three brothers, Marcello Ducati, Adriano Ducati and Bruno Ducati established the Ducati Company in 1926. Initially, the establishment managed electrical components and didn’t deal with motorbikes in any way. When the company was taken over by the Italian government at the height of World War II, it was pushed to the manufacture of motorcycles. Ducati produced its maiden vehicle in 1950, a 175cc scooter with automatic transmission as well as an electric starter. The company later developed 98cc and 125cc versions of the scooter. 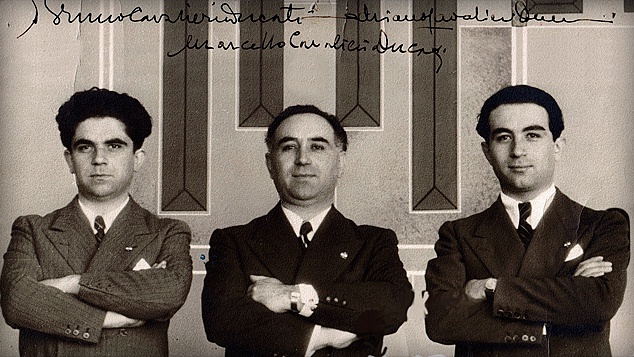 Engineer Fabio Tagnoli teamed up with the company in 1954, and this move was very beneficial to the company as it was able to develop some outstanding models in the three years that followed. These included the four-stroke Tourist 174 as well as Sport and Special models that could go as fast as 135km/h, which was a great performance then. Between 1955 and 1958, Tagnoli worked to develop the desmodromic system and this was used in the manufacture of a 250cc motorbike ordered by renowned British racer Mike Hailwooda in 1960. In the same period, they made the 200cc Elite and the Mach 250 that could reach 150km/h. By 1970, the company produced the 450 Mark 3D bikes with desmodromic distribution and which could do more than 170km/h. The company recorded huge success selling bikes with desmodromic distribution and later came up with the Imola 200 Miles featuring a 750 twin cylinder desmodromic system. Ducati bikes famously won various races including the 1978 Isle of Man Tourist Trophy that was won by Mike Hailwooda on a 900cc Ducati motorcycle.

Ducati was purchased by the Cagiva Group in 1983 and this was another good turning point as it produced more new models and participated in more motosports contests. The Monster model was introduced in 1993 and a year later, the 916 model took the “Motorcycle of the Year” accolade from a very esteemed motorbike magazine. Another change in management took place in 1996 as an American investment company; Texas Pacific Group took over Ducati. With new management, the company achieved some considerable feats. The Monster Dark became the best selling motorbike in Italy in both 1998 and 1999. In March 1999, Ducati Motor Holding was listed at the Milan Stock Exchange. Additionally, the Italian marque sold motorbikes exclusively through the Internet for the very first time as it delivered 2,000 bikes of the MH900e model to Ducatista at the turn of the New Millennium.

Things To Consider When Buying A Ducati Motorcycle

If you’re reading this, probably you’re looking to buy a Ducati motorcycle. Undoubtedly, Ducatis are really well-made, excellently balanced bikes thatyield lots of fun riding them. Many people who have owned Ducati motorbikes deride other motorbike brands, especially Japanese motorcycles, that they lack character and heritage. This may be explained by the fact that Ducati bikes give owners a unique Italian aura, plus a legacy and charm that can hardly be provided by any other motorcycle. Indeed, for many fans loyal to the Ducati brand, whichever model of the Italian maker they ride, it always makes them smile.

Ducati bikes are well-known for their desmodromic valve system which is different from the common valve springs in other motorbikes. It is widely understood that adjusting the desmodromic valves of the Ducati is a little harder than in other motorcycle brands. It is good to note that adjusting these valves requires more time compared to the conventional valve springs, but it is a task that anybody with the ability to adjust common valves can accomplish. If you have the propensity to adjust the common valves, you only need to have some patience as well as a learning disposition to adjust Desmodromic valves in Ducati bikes. Consider acquiring the factory service manual to guide you when undertaking repairs and maintenance on your bike so that you don’t end up making costly mistakes.

It is also well-known that a Ducati motorcycle will cost you more in maintenance than a “regular” bike. If you happen to drop it, repair costs can escalate. Please not that Ducati is full of pride for their products, and thus prices are high. However, operating costs are comparable to other motorbikes and the usual maintenance items such as fluids and filters are not more expensive than for other motorbikes.

Expect a real treat riding your Ducati if you’re yet to mount on a properly designed V-Twin engine. The Ducati Monster lineup, for instance, comes with shattering sounds as well as torque that other bikes cannot match.

Ducati in general, also come with a matchless visual appearance and unmistakable chic Italian fashion. Even a naked motorbike such as the Monster gives out an atmosphere of cool energy which you cannot find in Japanese motorcycles. Indeed, even the most ardent Harley owners give the Ducati a nod of approval. The V-Twins in Harley and Ducati bikes may be similar in their cooling method and the number of cylinders they use, but this engine structure has won the respect of numerous bike lovers.

If you would want to buy used Ducati motorcycle, it’s crucial that you examine the maintenance records. As already noted, the cost of Ducati repair parts isn’t inconsequential, and purchasing a poorly maintained motorcycle can be your worst nightmare. The originality, service history and condition of the bike will dictate its selling.

Where To Buy A Dirt Bike

How To Clean a Dirt Bike Air Filter?

Mar 25, 2020 simonmagicbike
We use cookies on our website to give you the most relevant experience by remembering your preferences and repeat visits. By clicking “Accept”, you consent to the use of ALL the cookies.
Cookie settingsACCEPT
Manage consent

This website uses cookies to improve your experience while you navigate through the website. Out of these, the cookies that are categorized as necessary are stored on your browser as they are essential for the working of basic functionalities of the website. We also use third-party cookies that help us analyze and understand how you use this website. These cookies will be stored in your browser only with your consent. You also have the option to opt-out of these cookies. But opting out of some of these cookies may affect your browsing experience.
Necessary Always Enabled

Performance cookies are used to understand and analyze the key performance indexes of the website which helps in delivering a better user experience for the visitors.

Analytical cookies are used to understand how visitors interact with the website. These cookies help provide information on metrics the number of visitors, bounce rate, traffic source, etc.

Advertisement cookies are used to provide visitors with relevant ads and marketing campaigns. These cookies track visitors across websites and collect information to provide customized ads.

Other uncategorized cookies are those that are being analyzed and have not been classified into a category as yet.